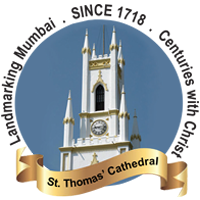 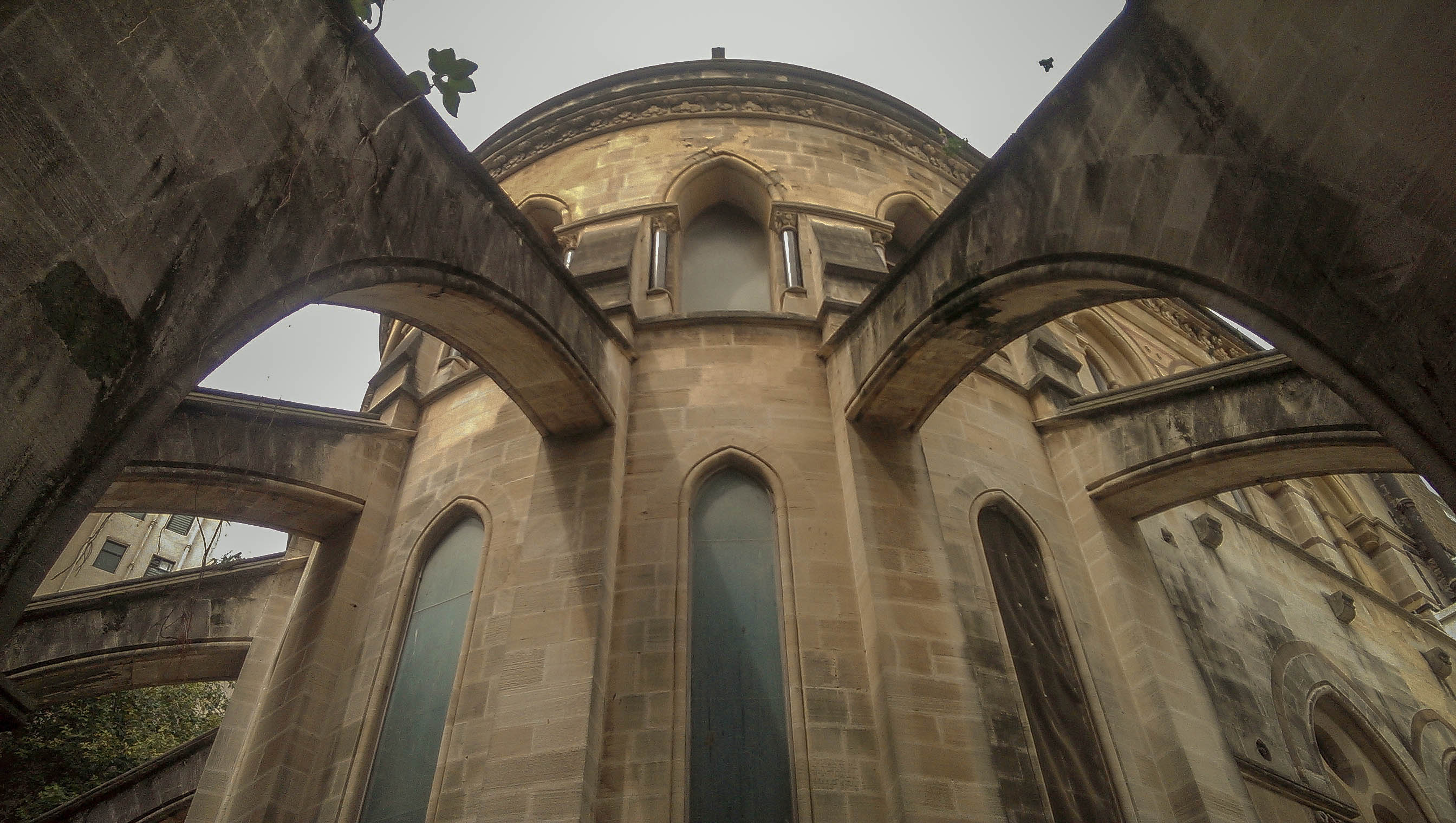 Our Church, The Cathedral of St. Thomas the Apostle, was established in 1718 at Fort Mumbai (then Bombay) by the Anglican Church (Church of England) to providing a place of worship as well as Pastoral/Episcopal care in the city (then town) of Bombay.
Thereafter it is half a century long history from the conception of the idea of building this church in 1668 to its completion in 1718. It involved the vision, dedicated efforts and generous contributions from many faithful Christians who wanted a place of worship in Bombay in the tradition of the Church of England.

The idea of building a church was conceived by Sir John Oxinden, the East India Company’s first Governor of Bombay in 1668. He was an intensely religious man who foresaw the religious needs of his men and thought of building a church in Bombay. Gerald Aungier, who succeeded him in 1669, pursued Oxinden’s wish. Aungier introduced a definitive religious policy in India and he wanted to invite the natives and strangers to embrace the reverence of the wholly reformed religion and see their form of worship. An amount of Rs. 50000 was raised by voluntary contribution from the servants of East India Company and was handed over to the chaplains of Bombay to build the church. Most of these contributions were by people who came forward offering their full year’s wages, some half year’s and least a quarter. Foundation of the church was laid in the present site in 1676 and the work continued for 3 years during the governorship of Sir John Child who succeeded Aungier in 1677. The church walls were raised to a height of 15 feet, but the work was then suspended since the English community had several setbacks after Aungier’s death in 1677. This project to build the church remained at a standstill for over 30 years.

Richard Cobbe who was appointed as the Chaplain to the factory of Bombay to the Merchants of England in 1714 campaigned aggressively for the resumption of building and completion of the church. Cobbe proposed the building of the church in his sermon on the Sunday after Trinity in June, 1715. That sermon had a great impact and Cobbe was granted leave to build the church. The Governor and the East India Company were the first ones to generously contribute towards the building. On 18 November 1715 the foundation stone for the church was laid once again on the same site as the old church by Stephen Strutt , Deputy Governor of Bombay. The church building was ready for opening in December, 1718.The church was inaugurated on Christmas Day in 1718 by Charles Boone, the Governor of Bombay in a grand ceremony. 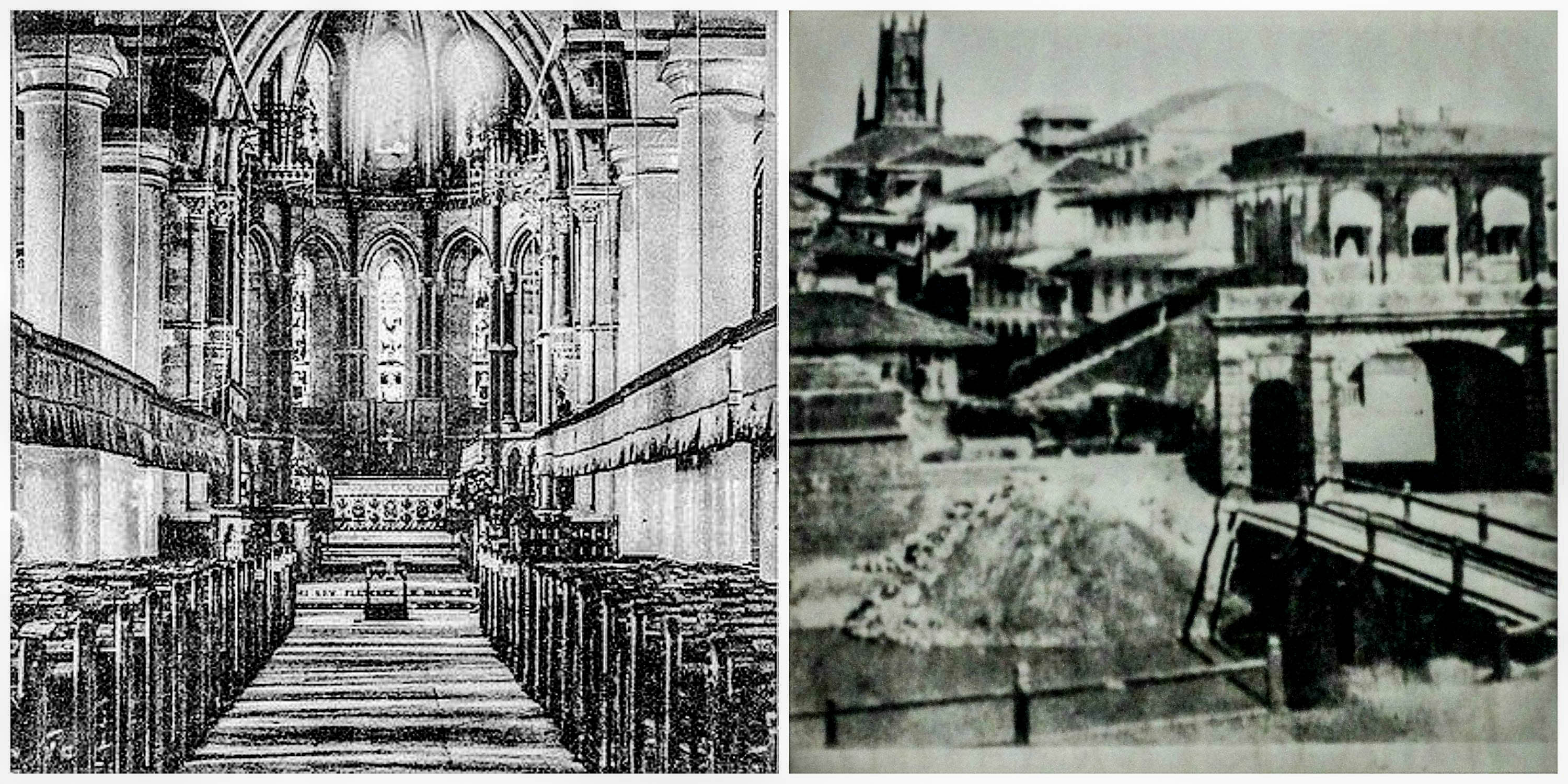 Following excerpts from Cobbe’s letter to Robert Adams the chief of Calicut in January, 1718 give a description of the church building, “ … As to the church itself, it is indeed a structure deservedly admired for its beauty, neatness and uniformity, but more especially for its echo; the roof of it being arched with three regular arches of stone supported by two pillars and pilasters on each of side, a large semi dome at the east to receive communion table as that of St. Paul’s London, ascending by three steps and a railing separating it from the body of the Church…The Bombay church was planned to hold a congregation of 1,000 people.”

In 1860 a major plan was formulated for the restoration of the Cathedral and the project was spearheaded by the Senior Chaplain Rev. W. K. Fletcher from 1860–1867 with support from private contributions and government aid. We would not have seen today the grand eastern wing of the Cathedral as we see today had Fletcher and the other trustees not taken the bold step to commence the renovation activity.

The architecture of the building has undergone numerous transformations overtime with multiple additions and alterations that respected the integrity of the previous designs.

Name of the Church

In December, 1718 Richard Cobbe wrote to Dr. Robinson who was the Bishop of London requesting orders for the consecration of the Church and begging his Lordship to suggest a name for the church which unfortunately never happened.

St Thomas' Cathedral congregation has been consistently worshipping on the premises since the year 1718. Till the mid-1950s the Cathedral had a fairly large British congregation and an English priest. With the departure of British and Anglo Indians from India their numbers and prominence in the congregation began to decline. As the typically British atmosphere in the church diminished an increasing number of Indian Christians began to worship. These Christians were and still are mainly professionals from various Indian church denominations. Thus, the congregation that worships in St. Thomas’ Cathedral today is protestant cross denominational.

Ever since, this majestic building built with a definitive purpose has been attracting christian worshippers and non-christians alike. Every week day our Church gates are open to tourists, people from all religions and walks of life who walk in to find peace and tranquility.